skip to main | skip to sidebar

That Time of Year!

Well, it's that time of year again. Time to put things that belong outdoors, indoors: 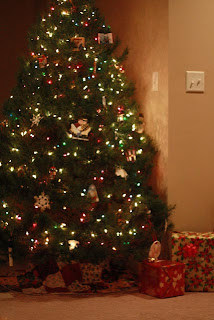 Mom has also been talking a lot about Santa Paws. Since I know I've been an angel this year, I believe I will be showered with an abundance of gifts. In the spirit of the season, today I received a package, but it wasnt from Santa. It was from Augie & Ti. 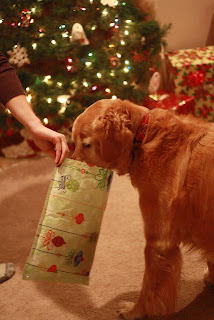 They even included a dashing photo of themselves wishing me a Merry Christmas. 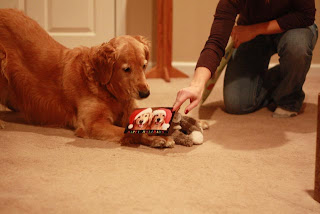 I received a gift that, as a Golden, I feel you can never have too many of: 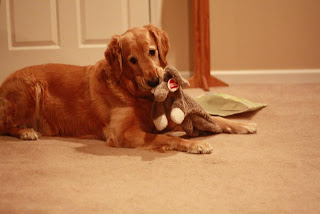 Thanks for the new stuffie boys! Merry Christmas to you!
Posted by Sophie Lou at 2:57 PM